It's my third Sunday here already! Lots has happened in the last week, and I could probably post enough photos and videos in this update to break my blog. So I'll try to share the best ones with you.

On Monday, June 26 I was blessed to hop in on a flight of a lifetime. A television network media director from Wales had Kingdom Air Corps fly him over the Knick and Matanuska glaciers. He is on a holiday (vacation) and enjoys capturing photos/video for personal use.

The flight was truly one of the most thrilling, epic things I've ever done (and I think I've had some pretty good ones so far). Flying right through mountain passes and over glaciers is a unique experience to say the least. These pictures don't do it justice.

Tuesday and Wednesday I did some bush trimming and raking around the property. Then Dwayne returned from his trip to Yakutsk, Russia on Thursday morning. I was able to meet with him that morning to go over his ideas for new promo videos and website changes. I was also tasked with compiling his photos and videos from his trip into a video to show at church on Sunday. It's great to have Dwayne back; I love watching him be so intentional and involved in everybody's life and ministry. His passion for the gospel and people is contagious.

Saturday morning we had a brief overview of Brooks Range Bible Camp coming up on June 10 (our departure date). After that Dwayne and four other pilots ran a practice of flying in formations to prep for July 4th. Every year, during the July 4 festivities at the glacier nearby, Kingdom Air Corps does a flyover in formation. I got to be in the rear plane to capture some of their formations; it's pretty cool! 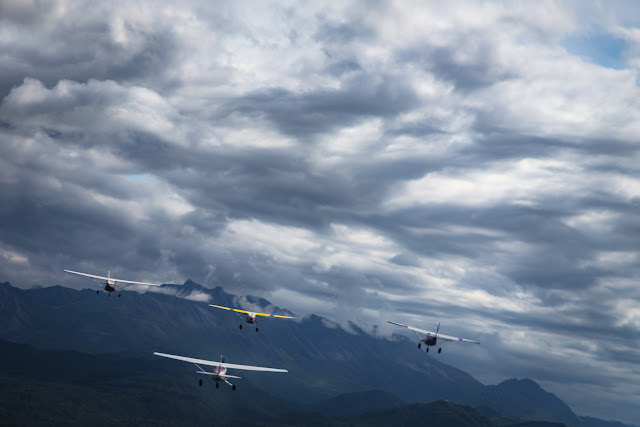 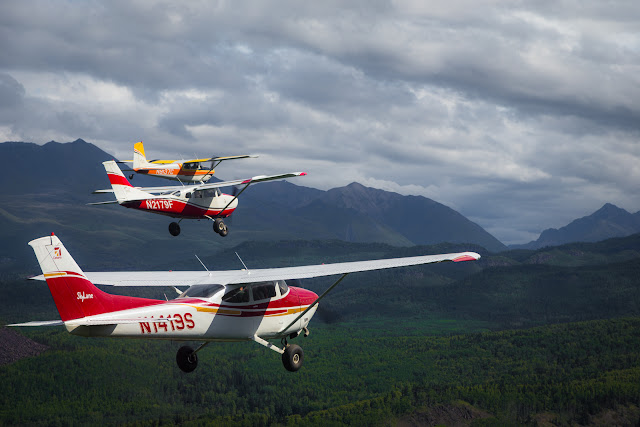 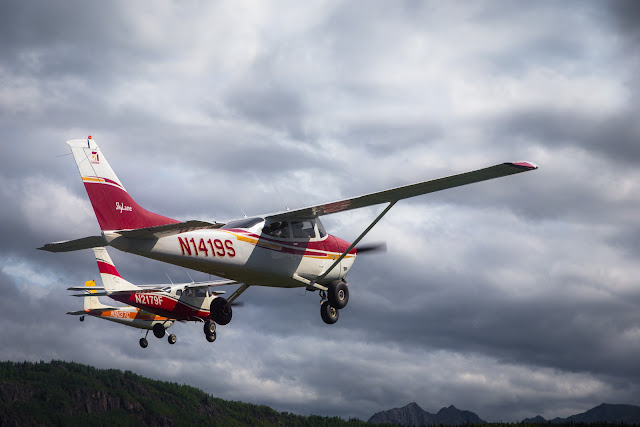 Also on Saturday, Josiah (my roommate here) and I went with Ben & Chelsea on a trip to Hatcher's Pass. It's an old mining town up in the mountains with some broken down buildings and cool stuff like that. Josiah and I mostly glanced at the buildings and headed straight for a nearby peak. The view was so worth it!

Later we went to a pilot trainee's house for dinner. It was a blessing to meet his family. We sang songs after dinner and then played some Alaskan volleyball. Alaskan volleyball is basically volleyball with a lot of mosquitos thrown at you constantly. Keeps you on your toes :). We had a blast!

Dwayne's presentation at church on Sunday went well, and we had a great worship night at Kingdom Air Corps that night. Dwayne closed by sharing more stories and encouragement to keep on serving for the gospel. God is using Dwayne in many ways in so many people's lives on a daily basis. He has a great way of encouraging and seriously challenging your life at the same time.

Yesterday (Monday) I started helping the construction guys with a different building. We are putting an addition (bedroom) on a cabin for a long-term staff family here. Today I got up early to help finish put up all the drywall inside. Then I was literally dragged away by Josiah on a 4-wheeler to be taken up to the pilots' formation flight briefing. We took off for a noon flyover for the July 4 celebration. I might share some shots from that flight and the following festivities in my next update.

Thank you all for your prayers! I appreciate your support and service to the Lord.