The backpacking trip for the JHBC students this year is going to be a little different due to logistical issues with large groups in national forest or park areas. So we had to come up with some creative options for doing the trip in three different groups. We decided to do it right in our backyard (Grand Teton National Park)! Since we will be doing something different, the staff needed to be oriented on the hike and what we're doing. These are just unfortunate parts of life that we can't get around... :) :). So us staff went on the trip and camped out for two nights in the Death Canyon campgrounds. It was a pretty good, challenging hike getting up there with 30-45lb packs, but on the second day we got to go on a day hike that had absolutely amazing wildflowers and views of the valley and Teton mountain range. So it was a pretty awesome hike that we were forced to do. :) 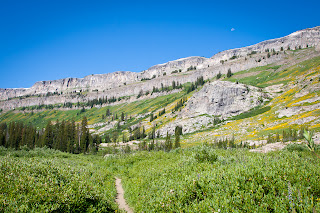 Heading out the second morning from base camp. 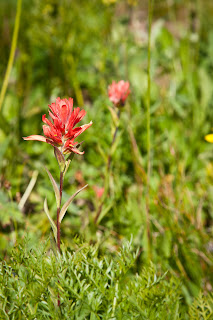 Indian paintbrush... the government has sensors on all of these flowers, so they know when you pick them and they will take you down with helicopters within 5 minutes.... so they say. :) 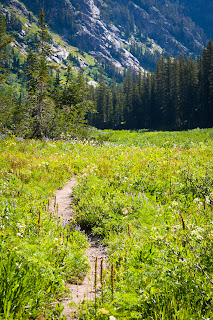 Trail leading back to base camp. 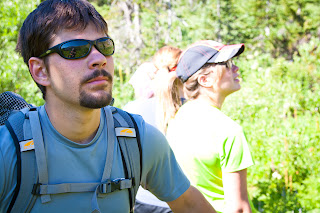 Joshua Daniel Stafford... the best hiker I know, and also one of my best buddies. :) 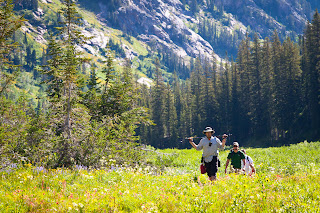 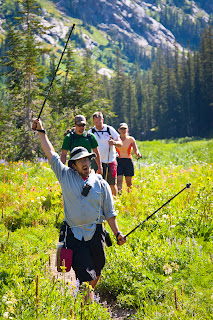 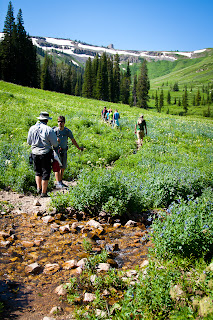 Crossing streams on the trail. 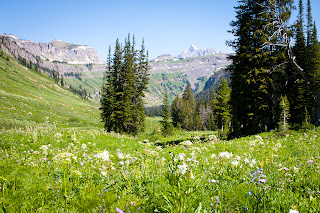 Wildflowers with Tetons peaking out in the background. 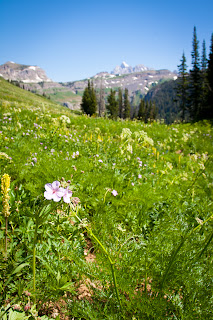 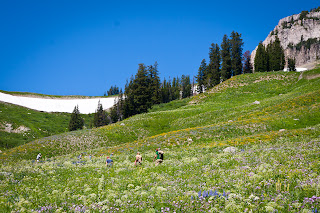 Lots more wildflowers on our way up to Death Shelf. 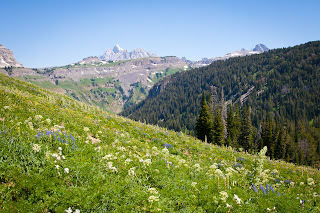 Wildflowers with Tetons in background. 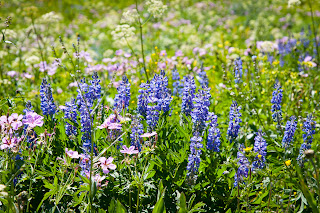 Close up of some wildflowers... there were so many kinds everywhere in these hills! Primary tall violet flowers here are the famous Lupines. 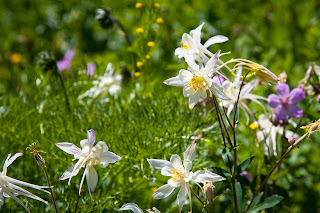 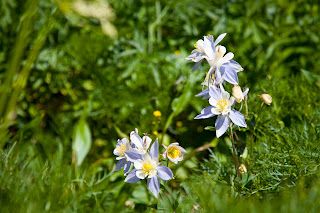 ... I think something like Columbine sounds right.
(Just confirmed that they are Colorado Columbines... see, I had it right!) 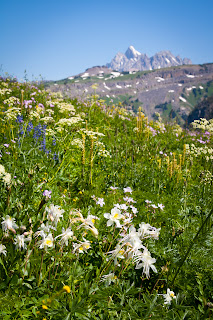 Great view of flowers with Tetons in background. 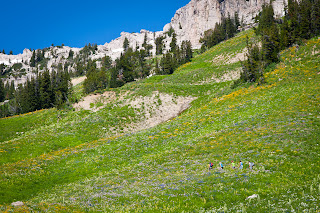 Hills ahead full of wildflowers... it was like this the whole hike up to the top. 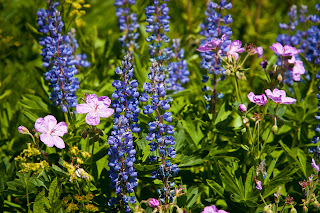 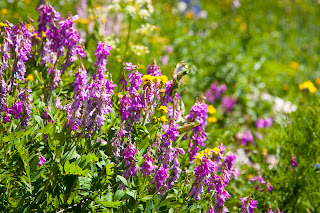 Lots of colors up here... 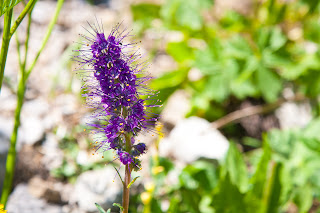 This one was called Sticky something... 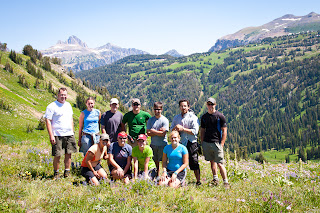 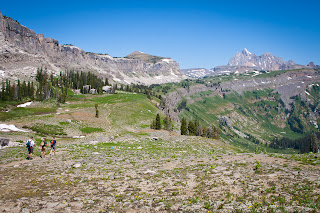 On the shelf! Which is a whole lot bigger than what it looks like from below... 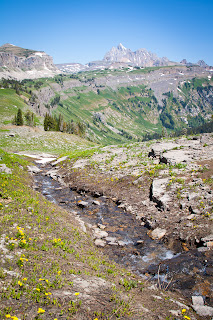 Stream on Death Shelf with Tetons in background.

This is an overlook into Alaska Basin... which was an extra little hike that some of us went on. 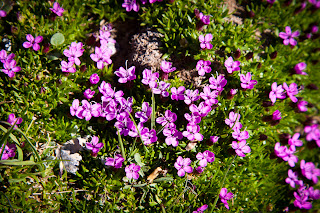 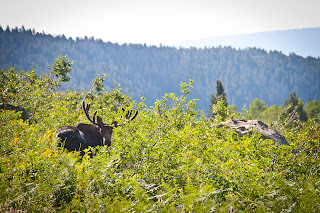 We met this bull moose on the hike out the next day.
Thanks for looking! :)
Labels: death canyon flowers grand teton national park hike jackson hole jhbc moose tetons