Hike to Owl Canyon Mine

I've been keeping pretty busy around camp here, so I haven't been able to get to updating the blog. Sorry for the delay. I have gone on a couple hikes within the last week, and did something else exciting... so this is the first of a few blog posts today!

Sunday afternoon I decided to take up a hiking opportunity with an infamous guide who has requested to remain anonymous. :) So I've decided to not say his (clue! :)) name, but I wouldn't mind having people guess who it is! Leave a comment with your guess!

Ok, so I'll describe the hike in the format of phases.

#1. Canoeing across the north side of Jackson Lake. This was pretty fun... great views, calm waters, enjoyable time.

#2. Landing and leaving our canoe in the wrong spot causing us to "hike" (if you can call it that... it was more like weed whacking) through willows taller than us through an extremely wet marshy area trying to find the trail. I didn't know what I was in for on the hike, so unfortunately I was wearing shorts which caused many scratches. We were also munched on by mosquitos and always ready to run right into a moose. Definitely not my idea of a fun hike, but it was a unique experience for sure and we had a good time.

#3. Finding the trail. We finally got out of the willows and marched our way through the woods looking for the trail. We found it, and headed down it with great joy. Only to stop and turn around because we weren't on the right trail! :) At least my guide knows when to admit he was wrong and goes about fixing it as soon as possible. He did quite well at correcting our mistake, we cut across a couple hills and found the trail we wanted.

#4. Eaten alive by mosquitos. We decided that we'd had enough of the mosquitos, and put our rain jackets on for protection. I also put on my hat. It was much warmer, but at least we weren't bothered by the bugs.

#5. My guide almost getting a heart attack by running into other people on the trail. Haha. It was pretty funny to see his face. We had been on guard for running into bear or moose when he finally hiked around a corner, looked up, and saw hikers right in front of him. I had seen them a bit earlier and wondered if he hadn't. I was right. :) Wish I had it on video.

#6. Exploring the mine. We finally reached the mine after about 2.5 miles of hiking. It was of course pitch black through the whole thing so we both had our headlamps and started exploring to the back of the mine. See video at the end, but not before guessing who my guide was! It gives it away. :)

#7. Returning to the canoe. On the way back it started to rain on us. Lightning was also striking nearby, so we ran a bit over some of the more open sections of trail. We went by a ranger cabin and chatted a bit, and finally came to the lake where we saw a gorgeous double rainbow. 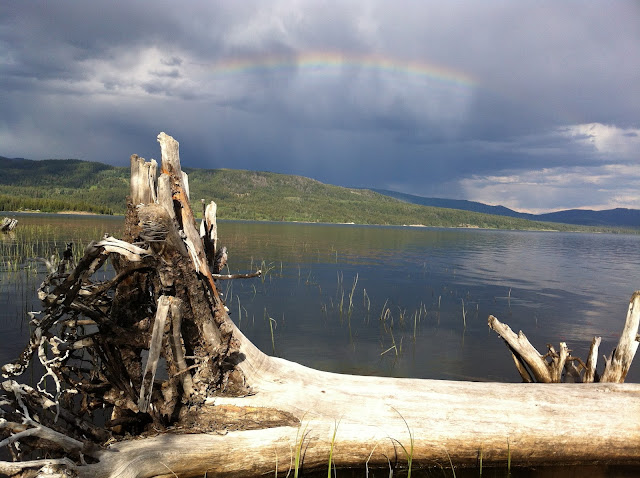 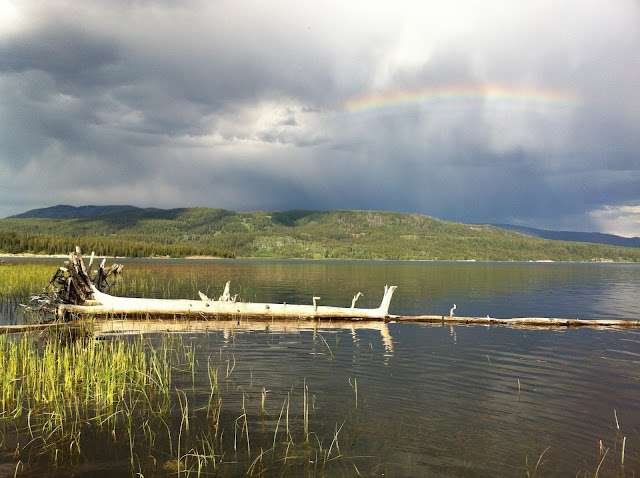 #8. Canoeing the fierce waters of Jackson Lake. Ok, it wasn't necessarily fierce. But we were in a canoe, had precious gear on board, and are not professionals at canoeing. :) The waves were getting a bit too large for our small craft, so we had to wait a while for them to die down. But we finally made it to the other shore in about an hour and a half.


Thanks for stopping by!