Well, this hike wasn't promising to include great photo opportunities. It was a very good challenging hike up the ski hill, and then once we were half way up to the tram (so we could get a free ride down), we were met by two hikers who told us that in another two miles there was an avalanche that had blocked the trail. I was hiking with a group of 6, and so Josh Gilmore and I decided to not risk it and just start heading back down the trail while the others went onwards. Am I glad I turned back!! We ended up running into those two hikers again, who had stopped because there were three black bears on the trail! There was a mom and two cubs that we decided to be patient with and wait a while, so I got a few photo opportunities for the first bears I've seen here in Wyoming. They didn't want to get off the trail, so Josh and I decided to go back a little bit and then cut down ahead of them a ways. Super awesome, praise the Lord! Hope you enjoy the photos. 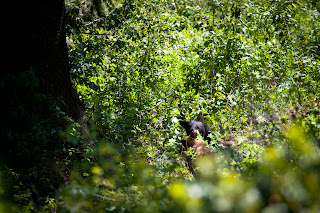 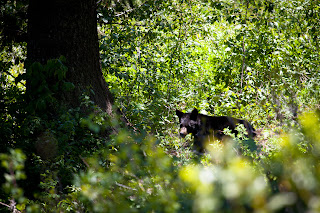 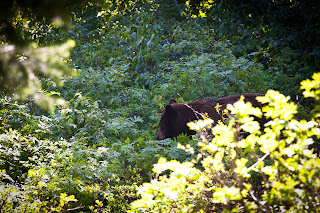 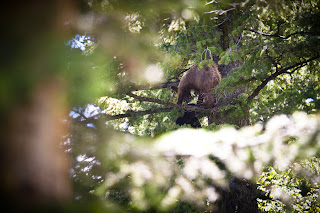 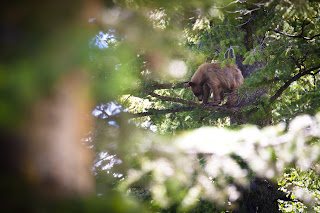 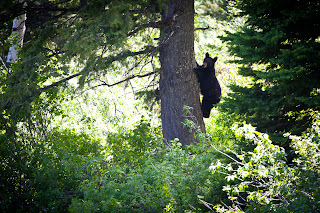 Pausing on the descent. 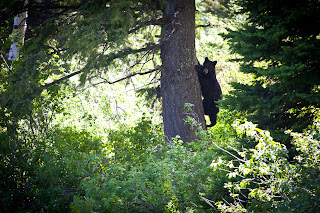 Starting down the rest of the way. 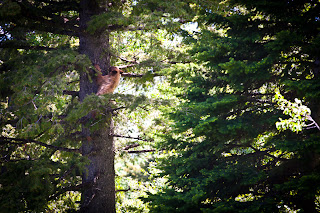 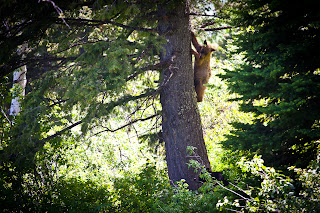